The effect of silica fume on refractory castables

Silica fume consists of ultra-fine spherical particles that can fill the pores between the particles in the castables. So the water consumption and porosity of the castables are both reduced. And between particles, the sliding friction becomes rolling resistance. Because the coefficient of rolling resistance is generally much smaller than that of the sliding friction, the resisting force between the particles reduces, and leads to the reduction of viscosity of the castables and the improvement of flowability.

And due to silica fume’s high activity, it is easy to form mullite with Al2O3 in high alumina based refractory castables by solid state reaction at high temperature, thereby improving the strength and stability of low cement castables. Thanks to the combination of the network structure and mullite, the products can have a cold crushing strength of more than 100 MPa after firing at medium temperature (about 1000°C).

The use of silica fume in refractory castables

As silica fume has a direct influence on the flowability of refractory castables, silica fume with high SiO2 content is beneficial to the enhancement of material flowability. Under the premise of the same flow value, using low SiO2 content silica fume will inevitably lead to the increase of water content of castables. If the water content is too high, the porosity of castables left after drying will increase, causing a decrease in the bulk density and the physical strength of products.

The influence of the pH value of silica fume 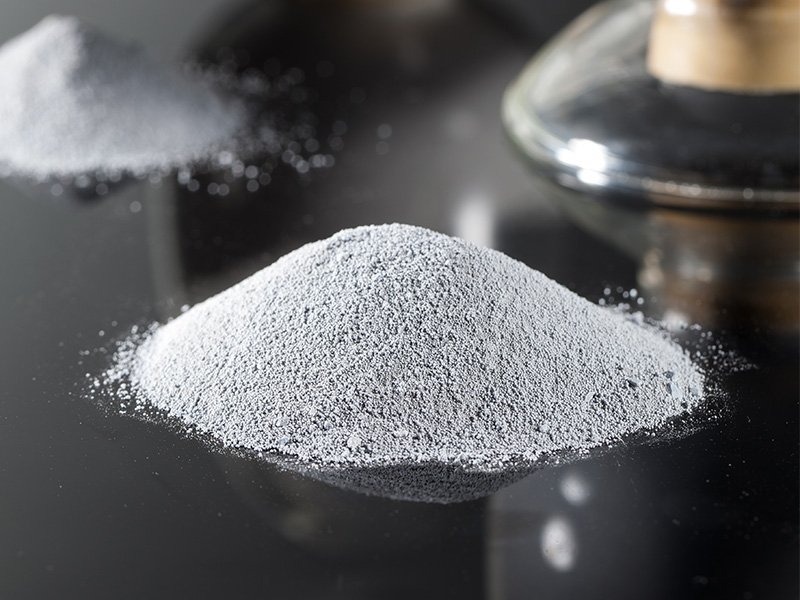